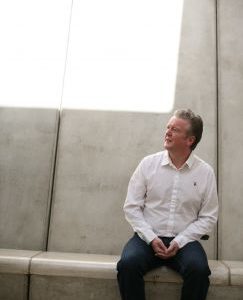 Chris Madden is a registered Integrative Psychotherapist. He utilises a broad range of therapeutic approaches including Relational Psychotherapy, NLP (Neuro Linguistic Programming) and clinical hypnotherapy.
He spent the early part of his life directing pop videos and travelling the world as an artist manager and music industry insider. He has managed relationships with a diverse array of organisations including Virgin Records, EMI, Sony, Warner Brothers, BMG, Chrysalis, BBC, EMAP, Granada TV Group, Leeds University, Sheffield City Council and Travel York. He worked closely with some of the world’s most iconic musical acts including the Rolling Stones, Spice Girls, George Michael, The Verve, Daft Punk and Faithless.
He spent several years using his music industry experience supporting the Labour Government’s hugely successful New Deal for Musicians project across Yorkshire and Humberside, initially as a consultant in the contract bid and thereafter as Project Director.
He now uses his life and diverse management experience, coupled with his significant therapeutic knowledge and skills, consulting with organisations to deliver support, training and coaching in communication skills, motivation, performance enhancement and organisational change. He is the counselling psychotherapist at Springwell Special Academy School in Barnsley and runs a private therapy practice in Leeds.
He is also host of the popular Chinwag event (www.chinwag.tv) which supports MAP- a Leeds based charity offering art and music courses for young people at risk of exclusion from mainstream education- for which he is a trustee.
He loves working with individuals and organisations, supporting and training others to unlock their own unique potential and creativity.
http://www.yorkshireeveningpost.co.uk/what-s-on/arts-entertainment/interview-chris-madden-talks-about-chinwag-1-7452307